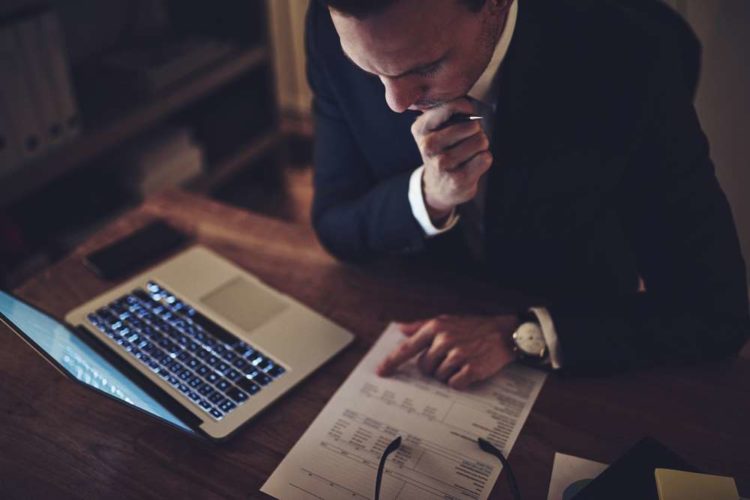 While the layers of income tax rates and brackets confuse many taxpayers, sales tax seems easier and simpler to understand. For that matter, the sales taxes are even printed in bold and black on our purchase receipts.

But, let's admit it, how many of us actually understand the figures scripted on the packages?! What looks easy from outside can be trickier within! This article will discuss in-depth the U.S. sales tax laws.

Topics we will cover:

What is Sales Tax in the U.S.?

Sales tax impacts not more than 2% of the personal income of an average American. It makes for one-third of state government revenue. Although dependency on sales tax varies from state-to-state. It has got much higher importance in the south and west than in New England and the industrial Midwest. Talking example, Florida, Washington, Tennessee, and Texas generate more than 50% of their tax revenue from sales tax whereas, New York generates a mere 20% of its revenues from the sales taxes.

As we all know, in the United States, sales tax is entirely a state-level matter and not a federal one. All the states, including the District of Columbia, Puerto Rico, and Guam, have statewide sales tax except for Alaska, Delaware, Montana, New Hampshire, and Oregon. States that charge a sales tax have different rates. Leaving the state-level sales taxes, consumers also pay varied local sales taxes depending on the locality, county, and cities they live in. These rates are considerable, sometimes even higher than the state rates.

Sales tax is charged only on retail purchases. It ranges from 0% to 16% depending on the state, and the type of goods or services. State laws are very different from each other when it comes to enforcement of sales tax. For instance, medicines and cereals are not taxed in Texas, but if you go to Vermont, you will pay a 6% general sales tax. Smokers perhaps are well acquainted with the cost difference for a pack of cigarettes in different states. Not only the tax rate differs in different jurisdictions, rules, and regulations also vary a great deal from state to state.

Sales tax rates are governed by states, but the amount collected in revenue defines the economy of the nation. Here are a few interesting pointers on the US Sales Tax (information updated as per tax rates in 2020) –

Common or retail sales taxes are just charged to the end consumer of a good or service. As most goods in present-day economies go through various phases of assembling, a lot of documentation is important to demonstrate who is responsible for paying the sales tax.

Here goes the most common example – let's say, a sheep rancher offers his fleece to a company that manufactures yarn. To avert from paying sales tax, the yarn maker must get a resale authentication certificate from the administration saying, it isn't the end consumer. The yarn manufacturer sells its item to a garment producer, which means it would acquire a resale authentication too. Finally, the garment manufacturer sells a woolly sweater to its retail partner, which in turn charges its customers the sales tax in addition to the cost of the sweater.

Sales tax varies with different jurisdictions, but more often than not, it overlaps when states, counties, and municipalities impose their own sales taxes.

If not the same, sales tax is closely associated with use tax – a tax that applies to the residents who make purchases outside their jurisdiction. Use tax, in general, is the same as sales tax. But, it is very difficult to enforce Use tax in terms of practicality. They are lawfully levied only on large purchases of tangible goods.

How to Calculate Sales Tax

Say, your state levies a sales tax of 15% on alcohol. And your county sales tax rate is 5%. How much sales tax do you expect to pay on purchase worth $500?

Sales tax is a percentage cut on the selling price of the goods. Sales taxes levied by your state, county, and city are different. The amount you pay is the sum total of all of it. Let’s suppose, your state charges 5% sales tax on groceries, your county charges 3%, and your city charges 2%. So, the final sales tax for you will be 10% (that is, 5% + 3% + 2%).

To balance the tax equilibrium, some products carry extra taxes, known as excise taxes. The much heard of – ‘Sin tax’ is also a type of excise tax.

The United States is only one of the few advanced nations that still follow the traditional system of sales tax. Please note, with a very few exceptions, it is the state government that imposes sales taxes, and not the federal government. In most countries, the value-added tax (VAT) system has been embraced and put to practice. As per the VAT system, a percentage is charged on the added value at every stage of production of a good.

How is VAT Different from Sales Tax?

The fundamental objective of introducing the VAT system is to take out tax on tax or double taxation that flows between the tight levels of manufacturing to consumption.

For instance, a smartphone manufacturer procures its raw materials for, say $100 which incorporates a 10% tax. This means he pays $10 in tax for materials worth $90. In the technique of manufacturing the smartphone, he adds value to the raw materials of $50. Now the total value goes to $100 + $50 = $150. This includes the 10% tax on the finished product which will be $15.

Note: The U.S. has not adopted the VAT system. Tax is paid on the value of goods and the mark up at every level of the production process. In the procedure, the amount of tax paid gets multiplied and is eventually passed down to the end-users in the form of higher prices for goods and services.

How to Deduct Sales Tax in the U.S.

Taxpayers get to choose between the standard deduction and itemize deductions while filing federal income tax. Most Americans go with standard deductions – it’s easier and effortless after all! If deductions are itemized, sales tax can go from your federal income tax. Taxpayers with sales tax as their only deducible find it rather tiresome. The reason here is very obvious, itemizing deductions need regular recordkeeping and can get very tedious. The IRS requires you to submit thorough sales tax records of a year, which means a year’s purchase receipts. If you’re planning to itemize, make sure you don’t lose your receipts as they can be very important while calculating the amount of the sales tax paid.

If you’re having problems with filing your tax return, please find the below list of agencies that can help you file your return without a hassle.

The next step after choosing between standard and itemized deductions is deciding between whether or not to claim the state and local income taxes or sales taxes. You can not choose both. Most people opt to deduct income taxes as it results in more refunds. But, if you have made big purchases during the year – like, buying a car, going for vacations, and your total sales tax payment exceeds state income tax, you should claim sales taxes without a hint of doubt. This will result in a higher refund.

That's all about Sales tax laws in the U.S. Hope this reading helped!